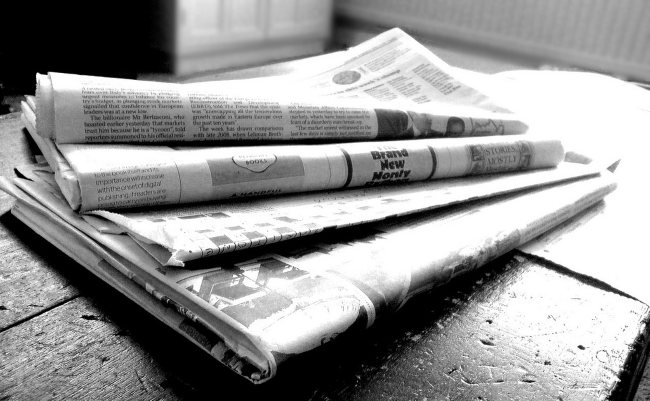 When people think of landmark court cases that created social change or influenced society in a way that affected the nation as a whole, the first case that comes to mind is typically Brown v. Board of Education, however, other important cases played an equal, if not more significant role, in the development of education as it is perceived today.

Every case that passes through the courts, whether they be federal courts or the Supreme Court, hold equal weight in terms of importance to those involved, but one important thing many people must remember is that what may seem insignificant in today’s time, was landmark and controversial for the decade in which it took place.

Controversial issues have been given media attention for many years and in Missouri 1983, when teenagers taking the intermediate level journalism class at Hazelwood East High School decided to take their first amendment rights to free speech and portray them to their peers in the school paper, The Spectrum, a situation labeled as controversial arose yet again.

Many may wonder what could be controversial about a school newspaper’s articles since more often than not, they present articles about on campus activities, cartoons, book reviews, sports and opinion articles regarding local or political issues, but within each of those categories, especially the opinions category, students are given rein over the subject and allowed to write the story they desire. In 1983, those stories included a personalized experience with divorce and how it affected the family unit as well as stories submitted by teenage mothers regarding life in such a situation.

It seemed that the idea of publishing such stories of divorce and teenage pregnancy, even if real names were concealed, was not popular with the mass crowd and the incident brought about legal troubles. Some people took the side of the journalism teacher, Howard Emerson, and his students, arguing that the stories were acceptable because they did not contain inappropriate details. However, other people supported the school’s principal, Robert Eugene Reynolds, who believed that the stories were of ill ethical nature because they did not contain both sides of the stories.

The school’s principal believed that considering the article discussing divorce contained a student’s beliefs that her father’s actions were to blame for the situation, was biased, it was not of the journalistic integrity he wanted displayed on his school premises. Reynolds, rather than dismissing this article entirely, explained that he would allow its publication should the author receive a comment from the father being discussed in the piece of work. He expressed his concern that without a comment from both sides, or acknowledgement that a comment was requested and denied, the article did not contain the journalistic integrity that not only schools, but also professionals, must follow. 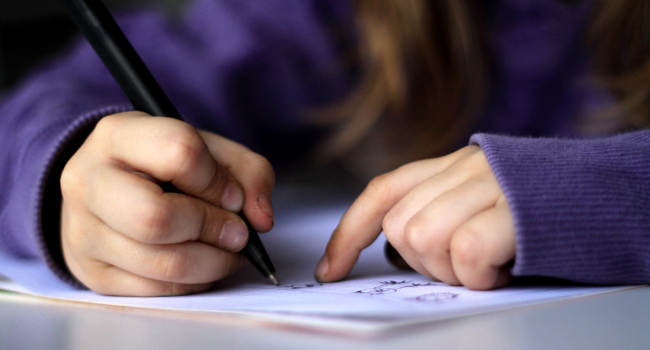 Similarly, Reynolds explained to Emerson that although the stories of pregnancy held value in their content, there were a few issues making them inappropriate for publication in a high school setting. Of initial concern was the privacy of the girls who shared their stories. Although their names had been changed in the article and minor details were either excluded or altered, Reynolds feared that knowledge of the girls’ true identities would somehow be revealed and it could harm their standing within the community. Additionally, on the mind of Reynolds was the fear of how such articles would affect the younger, freshman and sophomore, population at the school. Considering they had less experience with relationships, pregnancy and the impact of having a family at a young age had, Reynolds was not comfortable publishing the articles.

As a result of his concerns, communicated on May 10th, 1983 for the May 13th publication of The Spectrum, Emerson obliged and did not publish the articles. However, that was not where the controversy began. Initiating the controversy in this landmark situation was that due to the tight timeframe between Reynolds’ decision to exclude the articles from the student run newspaper and the close deadline for printing and publication, the newspaper staff was not provided the chance to edit and reorganize the paper. Rather than simply restructuring the paper so that all articles except those two which the principal deemed inappropriate, Emerson was forced to exclude whole pages of The Spectrum, including the works of students that were considered appropriate and of value to student readership.

Where the legal issues began

Upon realization that their articles had been excluded from the most recent issue of The Spectrum, the students who did not author either of the two articles excluded as well as those who were involved in the writing of the controversial articles, began voicing their upset and disappointment with the Hazelwood East High School staff and, more importantly, how their First Amendment rights were violated.
Following attempts to discuss the issue on a private sector, within school district limits and relatively outside the public’s view, the editor of the school paper, Cathy Kuhlmeier, took the debate of whether or not the First Amendment rights of these students were violated a step further, causing it to be presented to a district court in 1985.

Being granted the same treatment as all defendants seeking resolution to their injustices, the Hazelwood East High School students were granted a bench trial. After hearing both sides of the story and questioning the situation themselves, May of 1985 brought about the ruling by the court that no, the rights of the student journalists were not violated and Reynolds was not breaking any laws by refusing to publish articles in the school’s paper.

Unsatisfied with the district court’s ruling, the students brought their case to a higher court, the US Court of Appeals, shortly thereafter. During this trial, the students yet again voiced their unhappiness with the school’s treatment of their personal writings and how they felt that it violated their First Amendment rights, to which another ruling was made. The ruling in the US Court of Appeals, unlike the District Court, found that indeed, the student’s rights had been violated and their work should have been published. 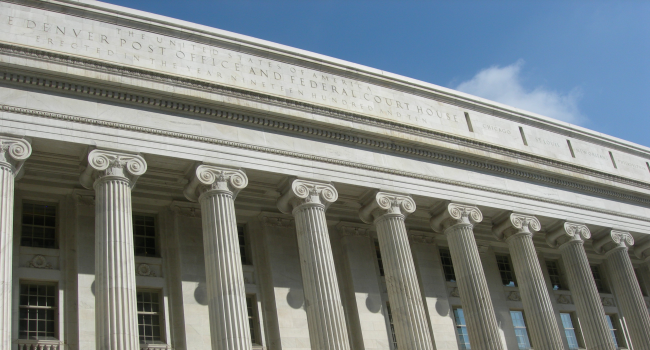 However, that is not where the court proceedings following this case ended. In the late 1980s, the initially insignificant decision made by Eugene Reynolds in 1983 was brought to the Supreme Court. Being placed at the top chain of court hierarchy, the case was subsequently named Hazelwood School District v. Kuhlmeier. For the third and final time, the debate of whether or not the student’s rights to free speech were violated were placed on the stand. In a 5 – 3 decision during this trial, it was declared once again, that their rights were not violated when Principal Eugene Reynolds refused the publication of the potentially controversial articles, resulting in the exclusion of other, unrelated, articles.

While many people were unhappy with the final ruling regarding Hazelwood School District v. Kuhlmeier, the Court’s ruling held some precedence in terms of legality, rights and its standing under the school newspaper position it was presented. It seems that although their First Amendment rights were likely violated and the ruling would be drastically different had The Spectrum been a publically distributed paper, because it was sponsored by Hazelwood East High School and they have a vested interest in the material distributed throughout halls and corridors, Principal Reynolds had every right to dismiss and exclude the controversial articles from the May 13th, 1983 publication of The Spectrum. 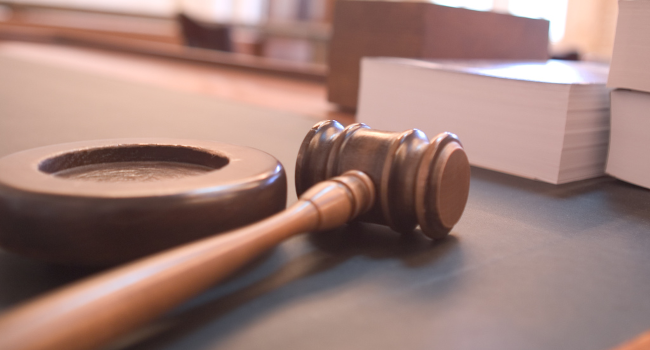 Despite the actions that took place causing the Hazelwood School District v. Kuhlmeier trial from taking place did not occur in New Jersey, the final ruling that students’ rights to the First Amendment cannot be violated when a school makes decisions regarding the publication of school sponsored newspapers transcends state bounds. Through this ruling, it wasn’t just Missouri that learned the truth behind student vs. supervisor privilege on school property. Even though students may be submitting wholly original work that sheds light on an important subject that is of interest to the student population, the school authorities can unwittingly decide that the piece is not appropriate and dismiss it from school distribution.

How New Jersey learned from this legal case

For NJ students, this knowledge was as important as it was for students in any school across the country because it communicated to them that they should be aware of what they are submitting to the school for publication. On a journalistic standpoint, it educated students that both parties discussed in an article must be contacted for interview because without it, the submission is no longer a journalistic piece of work, but rather a biased monologue that feeds the public potentially false information.

Although times have changed and the 1980s were over thirty years ago, the decision in this case remains an important aspect of history because everyone, students and  parents alike, were educated in the rights of student writers. Everyone learned a lesson about the First Amendment and how although it clearly states that everyone is entitled to freedom of speech, it can legally be altered or withheld because a larger entity such as a school has legal ownership over the work.

Read about this interesting court case, New Jersey v. T.L.O., which was occurring at the same time as Hazandelwood School District v. Kuhlmeier to learn how our government handled similar issues in the mid1980s.

What is your stance on the Hazelwood School District v. Kuhlmeier ruling? Were the student’s rights violated?

For legal advice regarding controversial issues you may be facing, click here.