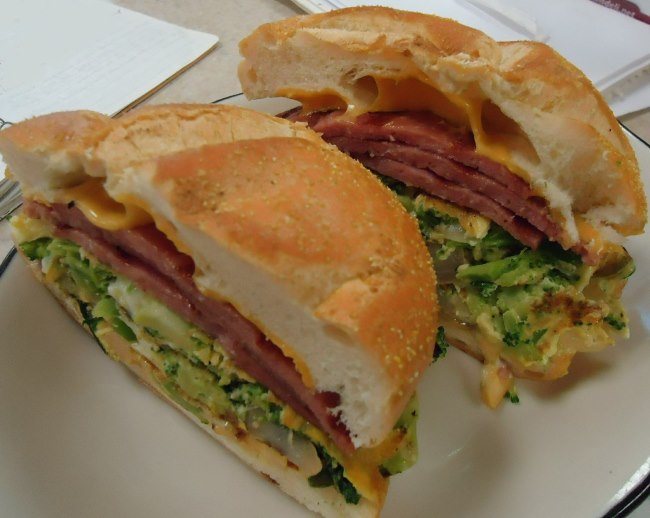 The most famous foods of NJ and their manufacturers

When people think of famous New Jersey foods, they immediately think of one thing: pork roll. Not only is pork roll a New Jersey breakfast staple, it is a cultural phenomenon. North, South and Central New Jerseyans wage war on whether to call it pork roll or taylor ham. Still, non-New Jersey residents have never even heard of pork roll. However, the question remains, is pork roll TRULY a food of NJ? Is it manufactured in the state?

First manufactured in 1856 by an ambitious young man, John Taylor, whose brand, originally known as “Original Taylor Pork Roll” but is now referred to as either Taylor Ham or Pork Roll, is the product that instantly became a sensation.

While it initially confused some people because the question of what pork roll really was arose, once they had that first bite, ate their first pork roll, egg and cheese sandwich and realized just how delicious the breakfast item was, they were hooked and didn’t think too much about what the product really was. People ordered it regularly and looked forward to the day that they could get to the restaurant that, in their opinion, made it the best. On days where such a trip was not possible, these newly acclaimed pork roll lovers took a package of the product out of their fridge, threw it in a pan and cooked it up for themselves. How they got ahold of the pork roll didn’t really matter to these people. The important thing was that they got their pork roll fix and could go about their day as normal.

The original location of Taylor Ham’s manufacturing and production was Trenton, NJ. In fact, the original name of the company was, and remains to be today, Taylor Provisions of Trenton, NJ. Considering the man behind the regionally loved and renowned product was from New Jersey and introduced the product there, it only seemed fitting that Taylor Ham Pork Roll be manufactured in the state; its home state and the place where everyone knows its name.

Taylor Ham Pork Roll is a regional product, meaning it cannot be found in all corners of the world and everyone doesn’t have a chance to enjoy it. Fortunately, for those who live in the state of New Jersey and those who reside in Philadelphia, PA, the breakfast product is plentiful and consumed regularly. 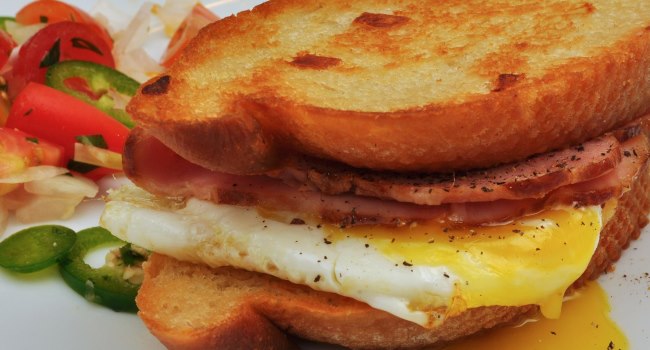 The name debate has existed for years and will likely continue for many more. Used interchangeably, this product is referred to as Taylor Ham in Northern NJ but those in Central and Southern NJ as well as Philadelphia refer to this mouthwatering product as pork roll.

The NJ Boardwalk staple, salt water taffy, is the second food that comes to mind when people think of New Jersey food. While companies all over the country manufacture sthis sweet, sticky treat, the best salt water taffy can only be found along the Jersey Shore. Candy shops like Shriver’s Salt Water Taffy and Fudge in Ocean City, NJ continue to make the famous NJ treat in-state and please thousands of people each and every year with the delicious snack.

Since 1898, Shriver’s Salt Water Taffy and Fudge, the oldest operating business in Ocean City, NJ, has been manufacturing and producing some of the best salty, yet sweet, salt water taffy the entire state has seen. The company was originally opened by William Shriver and was intended to be a restaurant, ice cream and candy store. As the company became popular among locals and tourists alike, Shriver was approached by the four brothers who owned and operated Dairy Maid Confectionary Company. 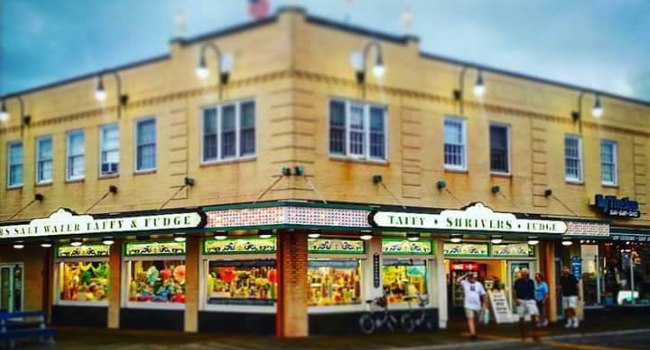 Unable to turn down such a lucrative offer, Shriver sold the company to these four brothers in 1959. Many people feared that with the sale of the company, the salt water taffy they have come to love and look forward to each and every year would lose its appeal and become something entirely different.

However, such a thing did not happen and the relatives of the four brothers who purchased Shriver’s in 1959 continue to operate the store today. They work hard to make some of the best taffy and fudge that those in the Southern Shore Region of NJ can find and look forward to introducing customers to new flavors, helping them decide which item they want to purchase and creating gift items so their famous NJ product can be shared with others who are not along the NJ Shore.

For many people, it is not summer unless they make their way to the boardwalk and purchase a box of Shriver’s Salt Water Taffy and Fudge. That notion alone proves that the company is wholeheartedly New Jersey based and a staple for Shore-goers every year. Whether the visitors of their store are young or old, have been eating this salt water taffy for years or have just recently been introduced to it, they will soon realize that not only this product, but also this brand, Shriver’s Salt Water Taffy and Fudge, are an integral part of the NJ culture and one of the most famous food products that can be found along the coast of New Jersey during the summer season. 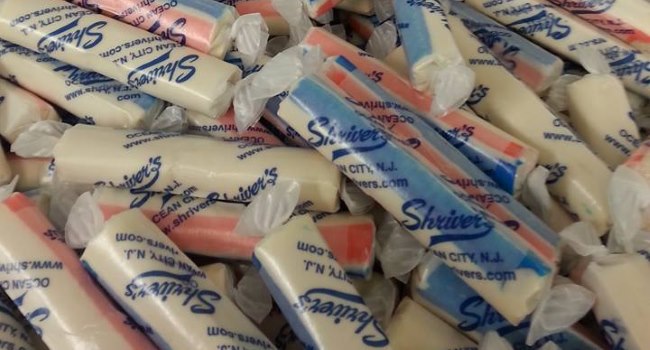 Salt water taffy is salty, sweet and delicious. It reminds people of the ocean, beach and everything that surrounds them when they visit the state. For these reasons, and maybe a few others, the product has become famous statewide and many tourists will make their way to the state between May and September simply to get their hands on a box of the delicious treat.

These two products, pork roll and salt water taffy, hold a special place in the hearts of every New Jersey resident. They are food products that everyone has grown up with and items that, once a person moves away from the East Coast/Jersey Shore region, are missed the most.

Making the products even more popular and loved by those who consume them is the fact that they are manufactured and produced within their home state. Knowing that two of their favorite foods were made by people who live in New Jersey, know the culture and understand how important the products are to natives, gives consumers a sense of ease. They know that their food product, whether it be the unmistakable Taylor Ham Pork Roll whose name has been debated for centuries or the salty, sweet and gooey Shriver’s Salt Water Taffy and Fudge, was manufactured with the customer in mind and by people who likely consume the food items on a regular basis themselves.

These two products make New Jerseyans proud to call the state their home because when they travel to distant states or countries, they can provide other people with knowledge of food items and products that they have never heard of before. Taylor Ham Pork Roll and Shriver’s Salt Water Taffy and Fudge are not known everywhere and as such, those who do know about these NJ famous food products manufactured in-state feel a sense of obligation to share the joy of the items with others.

Through transmission of these two inherently NJ-famous products and what it was like growing up with them always available around the corner, individuals are sharing an aspect of New Jersey’s culture. No one, unless they visit NJ, will know what it is like to eat a pork roll, egg and cheese sandwich for breakfast numerous times a week or head down to the nearest Shore Point either during peak or off season, simply to get a box of delicious salt water taffy that will likely be gone before they get home.

These items are famous in New Jersey because they help to define and identify the state. Outsiders, those who did not grow up in NJ, likely have similar feelings toward products that are famous in their state, but for almost every New Jerseyan, the products that let them know they are home are Taylor Ham Pork Roll and salt water taffy.

Although strange to some people, that a candy and a once questionable meat product are the two most loved and famous food items manufactured in New Jersey, they are, and natives would not give either of them up for the world, even if a newer and better food product were introduced tomorrow.

Find a unique restaurant in NJ that will likely have pork roll on the menu, or a candy shop that will allow you to make your own delicious treats!

Where do you stand on the pork roll/taylor ham debate? Let us know in the comments.