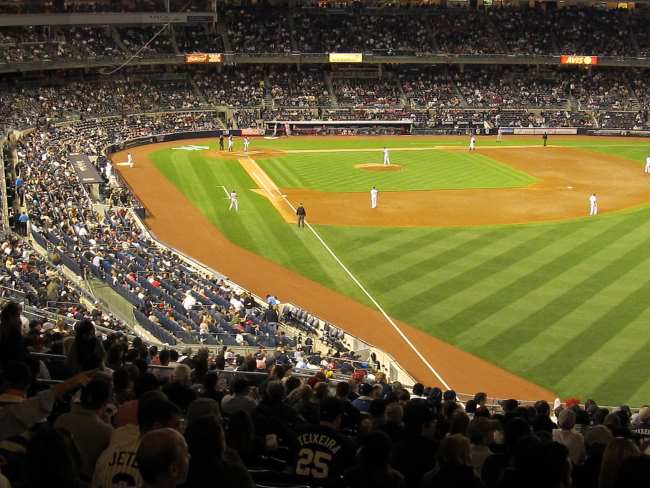 But what will I eat at the game?

You wake up and you’re excited. It’s game day and you cannot wait to grab your ball cap, glove, and jersey and make your way to the local stadium for a day of homeruns and foul balls or touchdowns, foul plays and anticipation for who will win the game. The only problem? You have never been to a sports game before and you do not know what types of food to expect at the stadium. Will you be able to find something to eat? Are crackerjacks and hotdogs the only food you will have access to all day? The questions will swirl through your head and as a result, you may drive yourself crazy.

Everyone thinks of stadium food as super unhealthy and heart attack inducing and, while they might be right in some respects, the quality level of stadium food has drastically improved over the years. People who attend baseball, football or even soccer games in NJ are no longer subject to an afternoon or evening of eating the highly processed, grease filled sub-par food that they have heard about, or experienced themselves, in the past. 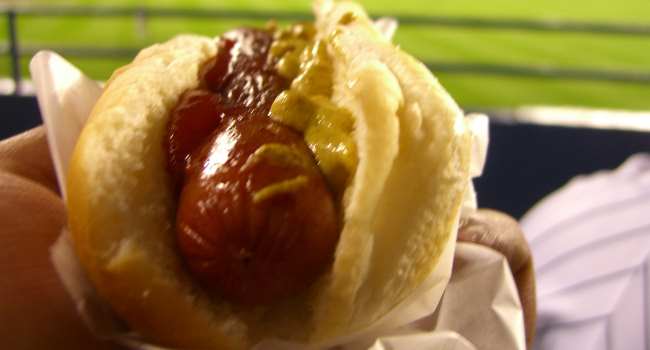 While of course all of that food is still available to game-goers, they are not subject to accept it as their only option. These foods that come to mind when a sports game is thought of only do so because they have become an American tradition. From day one, NJ stadiums, and stadiums around the nation, have been serving waterdogs, fries, soda, popcorn and a variety of other foods. It’s an aspect of game day nostalgia. However, over the years, guest’s interest in such fattening foods have slightly changed.

With the crowd drawing away from the foods that have become commonplace at the games, vendors who work the stadium had to make a decision: keep serving the food they always have out of tradition, or make a change and start offering healthier options that will make guests not only eager to see the players on the field, but also draw them in to the vendor area where they can purchase food.

Some opted for the initial choice, others the latter, but the true winners were the vendors who thought through the pros and cons of both options and told themselves that they could do both: serve wholeheartedly traditional NJ stadium food, yet still offer a healthy option so all of their clientele were happy, satisfied and even more excited about attending the sports game of the century.

Best-known stadium in NJ and the food you can eat

The best-known sports stadium in NJ is MetLife Stadium in Rutherford. It is home to the NY Jets, NY Giants and has been the location of countless football games over the years. At such a beloved stadium, many people arrive looking for the traditional experience: high adrenaline game, overcrowded stands and food that will clog arteries.

As such, the foods available at MetLife Stadium include delectable Bubba Burgers, hotdogs and fries, Pizza Logs, cheesesteaks, nachos and, of course sweet treats such as hot pretzels, Rita’s Italian Ice and Mrs. Fields baked goods. These foods are commonplace in this stadium, thousands of people chow down on them every year and without them, MetLife Stadium would simply not be the same sports facility that it is today.

However, as stated previously, views on eating and diets have changed over the years and with that, a few alternative eating options have become available at MetLife Stadium in Northern NJ. Now open for business are Lucky’s, an Asian stand selling dumplings, noodles and meat skewers, an Original SoupMan, which serves home-style soups and chili and even a Soy Kitchen Sushi, serving delicious Chase and Toyota clubs. 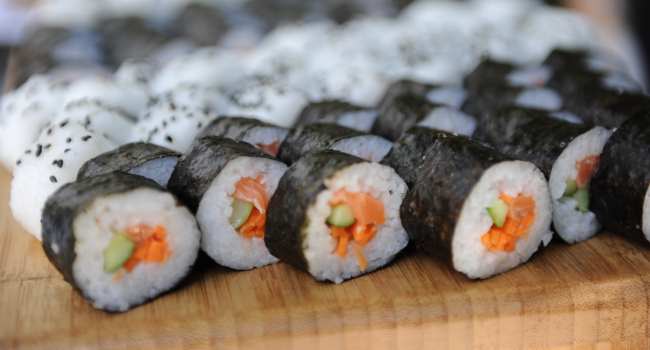 With these alternative food options at such a popular sports stadium, everyone will be able to find something to quell their appetite, ignite their taste buds and bring their game day experience to a whole new level. They can enjoy their sports game, indulge on a not so healthy treat if they want to, but also enjoy a filling and wholesome healthy meal that can help them get through the game without completely breaking their diet.

In this sense, MetLife Stadium, as the most noted, well-known and popular sports stadium in NJ, strives to remain classic and traditional, while simultaneously modernizing themselves and opening doors to new vendors who can easily please the football lovers who have remained true to tradition as well as those who have changed their paths and taken the journey towards a healthier life.

This NJ stadium’s food options, in this regard, live up to the standard that more is better. Although first-time attendees of a Jets or Giants game may be overwhelmed by the multitude of vendors selling food that makes their mouth water, there is also a certain level of comfort that passes through their minds. They know that in addition to experiencing their first live football game, they will be able to find SOMETHING that they can, and want, to eat. Whether that food be healthy or unhealthy is up to them.

Other NJ stadiums and their food options

While it seems like MetLife Stadium has successfully achieved a perfect combination of traditional and modern food, it is difficult to say that other stadiums in NJ, such as First Energy Stadium in Lakewood, NJ, have done the same. While this stadium, the official baseball stadium for the New Jersey BlueClaws, may offer healthy options, the smells and vendors that stand out when someone enters the field are those of the traditional greasy and fattening foods that may be expected. 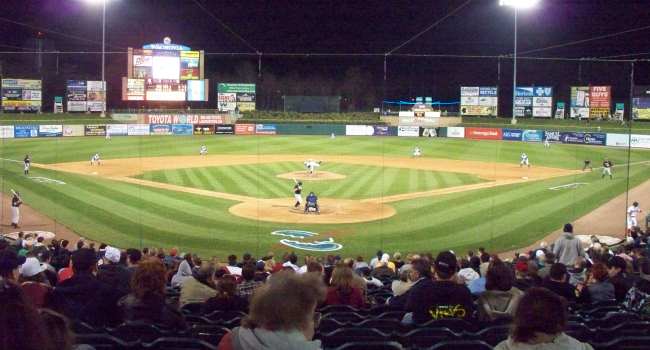 First Energy Park is a great stadium to visit. Kids  can see a local NJ baseball team play close to home (Go Blue Claws!) and get the all-American baseball stadium food experience. At this NJ stadium, guests can indulge on mouthwatering ballpark hotdogs, hamburgers, soft pretzels, sodas, popcorn and everything else unhealthy, delicious and classic in terms of a day out at the local ballpark, not only in NJ, but anywhere in the country.

For those people at this Central NJ ballpark who do want a healthier option but do not want to give up the tradition of eating the classic all-American baseball food, they can visit the food stand sponsored by Horizon Blue Cross Blue Shield. This stand, unlike the others throughout the park, serves healthy ballpark options such as turkey burgers, vegetarian dishes and other meals that would appeal to the many guests who truly love the entertainment of a live baseball game, but do not want to eat the food they have eaten at games their whole life. Food that, while delicious, cannot be eaten every day.

Many of the other NJ stadiums are much like First Energy Park. They are home to local teams, not world-renowned football teams like MetLife Stadium. They tend to stick to traditional in food options, only recently branching out into the nutritious sector of game day dining.

However, this is not of major concern because those who attend games at local sports stadiums in New Jersey may not be worrying about their diet. Instead, they are looking to have an amazing day out with the family, enjoy the excitement of watching live sports and spend a great day rooting for their favorite team.

How has stadium food evolved over the years?

No matter which sport you are watching, stadium fare has traditionally been viewed as unhealthy, artery-clogging and overall unappealing to many health-conscious sports fans. However, in the recent years, food selections at NJ stadiums has changed.

While the classic foods such as waterdogs, hamburgers, soda, ice cream, hot pretzels and popcorn are all still available, a move towards healthy sports snacking has been made. At many of the sports stadiums today, guests no longer have to subject themselves to an afternoon of hot dogs and ice cream. Instead, they may choose to enjoy a delicious sushi roll or turkey burger.

The experience watching live sports has remained the same over the years. People still eagerly wake the day of the game, dress in their favorite jersey and happily drive off to the field. The only thing that has changed, aside from the lineup of players on the field, is the selection of food to eat once you get there.

Due to an increasing desire for healthier stadium food options in NJ, vendors have expanded their menus and branched out into more gourmet-like food choices. The quality of food overall, even the classic options, have been raised. The stadiums are looking to please their guests, the people who are keeping them in business and as such, they take visitor feedback into consideration each and every year.

Every year a fan visits the stadium of their favorite team, they can always expect to find new vendors serving delicious new stadium food options. Although many of these options will be healthy as a result of the societal trend of heart healthy and living long, guests can also expect a few new decadent sweet dishes or twists on classic ballpark foods.

See a guide to all of New Jersey’s minor league baseball teams and let us know what you think of the food served at these stadiums!