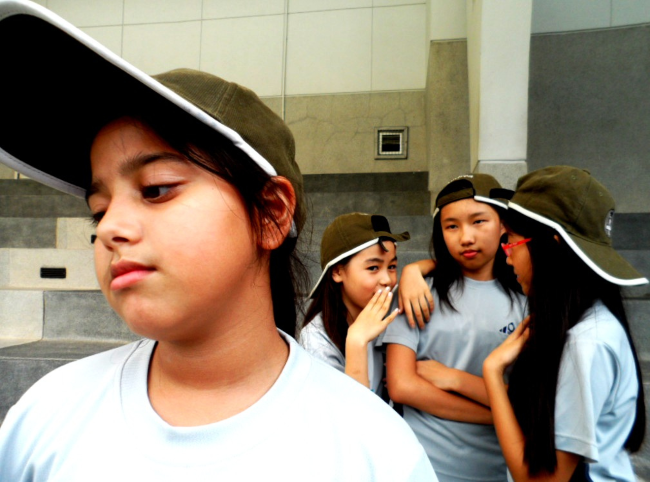 How to Stop the Bullying of a Disabled Child in NJ

One of the hardest things a parent of a child with special needs may face isn’t the high medical bills that they inevitably receive or even the need to accept that their child is “different” from their peers, but rather that their child is being bullied for the condition or disorder they were born with; something that they cannot control. Undoubtedly, every parent wants the best for their children and, included in that list, is of course the best schooling experience in the area. Although they may be enrolled in a special education program through their town’s public school district, they are not isolated from the general population. As a result, special needs children will inevitably interact with children in mainstream classes, children who may feel uncomfortable around those with disabilities and therefore “poke fun” at them in a way that crosses the line. Some steps that should be taken when it is believed that a disabled child is being bullied are to:

1. Hear the story: If your child has special needs and is currently facing adversity from other classmates, there are a number of paths you can take. Initially, you will want to see if you can get the complete story from a trusted source. Depending upon your child’s disabilities and communication capabilities, you might see if they can tell you directly, or if a class aid can relay the story to you. You may even seek multiple accounts of the incident, to ensure that you have all the facts prior to initiating a conflict yourself. If the supposed case of bullying turns out to be a simple misunderstanding, but you unnecessarily acted on a false lead, you will be the one who ultimately looks bad.

2. Ask how it affected your child: Prior to taking action, but after confirming that the incident was in fact one of bullying, find out from your child how they perceived the situation and how it made them feel. If they seem to be greatly affected by the verbal, or in some cases, physical attacks they incurred by the bully, you will have more leverage when you begin addressing the problem. More importantly, you will be able to assure your child that there is nothing wrong with them and their peer was the one in the wrong. 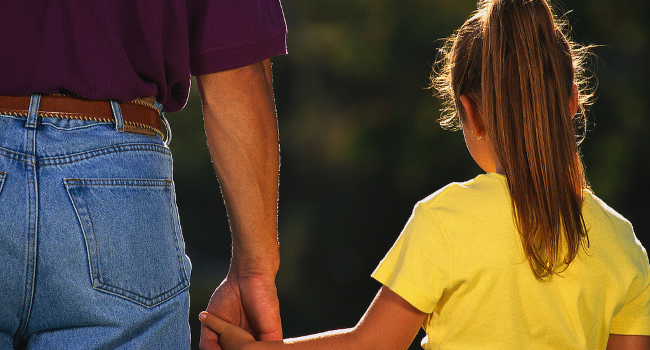 It is also important to make sure that their self-esteem is not decreased as a result of the bullying. Because other children could further highlight the differences between themselves and your child in such a way that your child had not thought of themselves, this conversation will give you a chance to openly talk about their condition with them and explain that it doesn’t make them “weird” or “stupid”, but rather it makes them unique and beautiful.

3. Teach them how to respond: If at all possible, teach your child a different way to respond to their bully. While encouraging conflict is not recommended, there are other options. Consider teaching your child the proper way to ignore the taunts and go about their day as if the bully were not around. Another option, should the dismissal of comments not be effective, is to have them speak with the nearest teacher or adult. If this method is still not effective in terminating the bullying, it may be time that you take more action.

4. Approach the parents: Find out from your child who is bullying them and address the situation with the other child’s parents. Just as you know you can do with your child, the bully’s parents can easily reprimand their son or daughter, insisting that they cease behaving in such a way. If the bully’s parents do not see as big of a problem as you do, or the child continues behaving inappropriately, you have every right to take further action.

5. Go to the school: If your child is being bullied at school and you have approached the parents of the child responsible but they refused to take action to make the teasing, taunting and ridicule stop, or they spoke with the child but the bullying continues, your next move should be to speak with the school directly. If you contact the principal and inform them of the situation, they could potentially implement a stronger schoolwide anti-bullying program. After speaking with the child about the situation and making them aware that the behavior will not be tolerated at the school, the administrative staff may choose to host a bully prevention program at the school.

Although many organizations that travel from school to school do not solely focus their attention on the bullying of special needs children, these children, as well as those who do not have outgoing personalities, are often the victims of such behavior and everyone can learn from an afternoon program. Without singling out any one individual, these organizations can teach kids the effects of bullying and how being in either position, that of the bully or that of the victim, does not feel good and, in the long run, could impact their relationships with people. 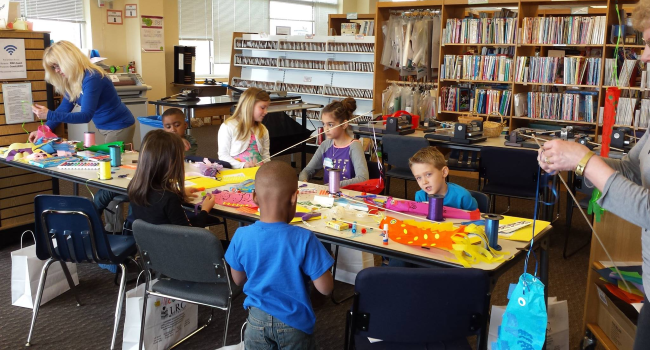 Operating out of Southern NJ, New Jersey Child Assault Prevention (NJCAP), is one program that does just that. This organization attempts to implement a schoolwide program where everyone, administration, parents and children, can learn various strategies to either stop or prevent the behavior. Working with children ranging from kindergarten age through 8th grade, NJCAP uses a series of age appropriate interactive play and discussions to emphasize each position, bully, victim and even witness, to the group.

Another way in which NJCAP conveys the severity of bullying and how it can follow a person throughout life, is by reading some of the testimonials they have gathered over the years. One former victim has been heard saying, “I was teased so horrendously and became so socially isolated that I still suffer from nightmares and a deep sense of shame and self doubt.” This is also communicated from the side of a victim turned bully who says, “Bullying was like a drug. It provided a temporary feeling of power and control over others…however over time, I became totally withdrawn from healthy friendships. I had a hard time relating to others.” It is the combination of statements such as these, coupled with the interactive play and discussions, that make participants in the NJCAP program realize the importance of kindness and treating everyone, those with and without disabilities, kindly and as they want to be treated themselves.

In addition to anti-bullying programs such as the NJCAP program, New Jersey is one of the nation’s leaders in protecting special needs children who are being bullied. Within the past few years, government administration has passed several laws that further protect school-aged children from the effects of bullying.

One amendment that was passed by Governor Chris Christie in 2011 is that of the New Jersey Anti-Bullying Bill of Rights Act. This document, which is a sub-section of the New Jersey anti-bullying statute, clearly outlines the rights’ of victim’s parents and provides them with information as to how long the school has to respond to, and resolve, the bullying situation before it escalates to an uncontrollable level.

There are also federally mandated laws such as Section 504 of the Rehabilitation Act of 1973, which protect special needs children from discrimination in schooling environments. This law states that every child, whether they suffer from a disability or not, deserves access to a meaningful and productive public education. If children with disabilities do not receive a 504 plan, or an IEP, their parents may have the right to take action.

Title II of the Americans with Disabilities Act of 1990 is another law that can be utilized should a child with disabilities become the victim of bullying in a school place environment. This law states that people with disabilities cannot be discriminated against in any public place. If a school-aged child is being bullied on school grounds, harassment charges could be placed against the instigator. In NJ, a parent who believes their special needs child is being treated unfairly at a public school, they can go directly to the Office of Civil Rights (OCR), who handles these claims and seeks to resolve and prevent these problems.

Probably the best-known federal law protecting disabled children around the country is the Individuals with Disabilities Education Act (IDEA). Under this law, special needs children are guaranteed their right to a free and appropriate public education (FAPE), meaning that should a bully interfere with the effectiveness of a child’s education, the school should take action and ensure that the bullied child’s education does not suffer. Failing to do so could lead the New Jersey sector of the Office of Special Education and Rehabilitative Services (OSERS) to take action against the school. 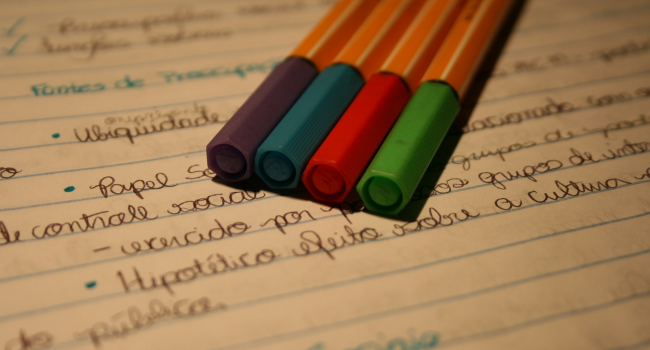 No parent wants their child to be the victim of bullying, but if it occurs, the situation must be handled swiftly and through the proper channels. When the victim of bullying happens to be a child with special needs, the strategies used to correct the action and resolve the problem can become blurred. There are quite a few state and federal laws that can be utilized should a parent believe their child is being unfairly treated, but this should be a last measure. First, a parent should speak with everyone, their child, the other child’s parents, the teachers and the administration. If those channels do not work, then parents should look into the state and federal law options.

Also read about a fun activity your child can participate in that will take their mind off of the bullying and allow them to have fun.

What advice would you give parents of a child being bullied? Let us hear your thoughts in the comments below.