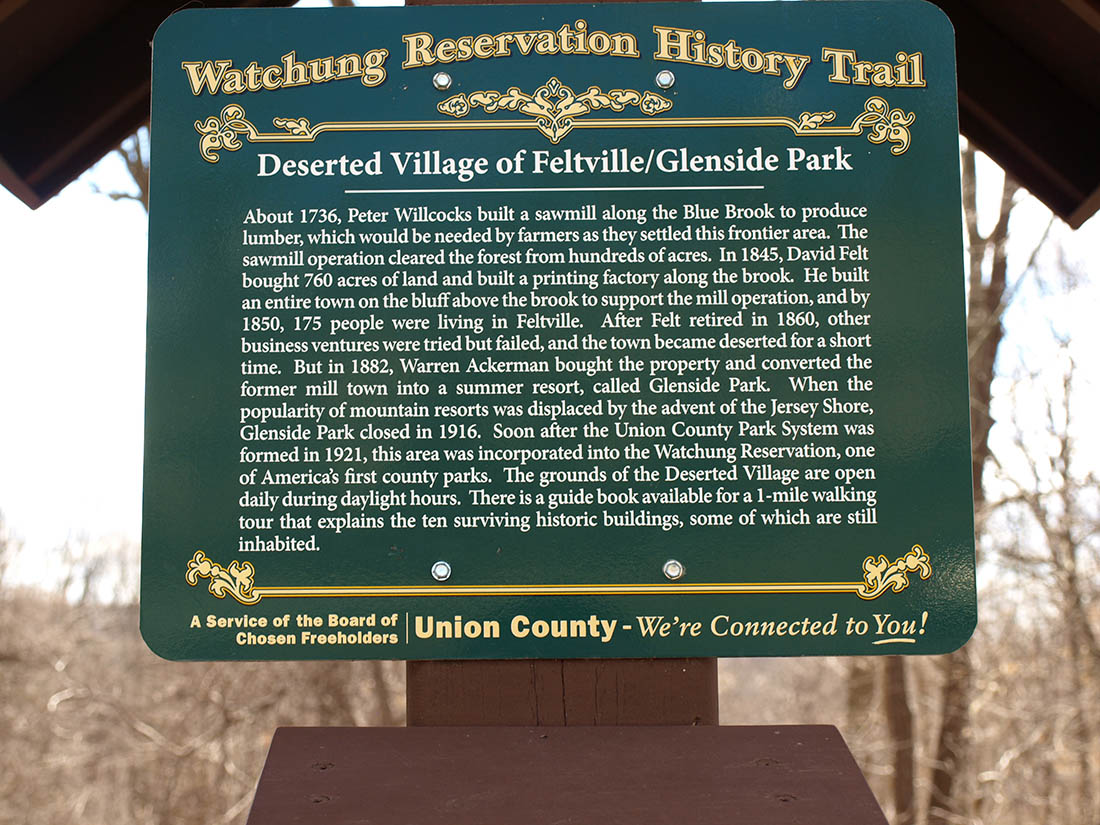 Most people assume that towns will always be growing larger and larger as time goes by. With the expansion of major cities such as Jersey City, Newark, and even smaller towns like Red Bank, it’s understandable why this assumption is so common. Once in a blue moon, though, people will see a town that once flourished, but then, for one reason or another, became abandoned.

New Jersey has a number of these strangely desolate towns, as well as some towns that have completely vanished off the map. You might remember the story of Ong’s Hat, as well as the story of the nearly-gone town that hosted the Royal Pines Inn during the 1930s. Perhaps the most well-known example of a “failure to launch” New Jersey town is the Deserted Village, also known as Feltville. It’s story will raise eyebrows, and the remaining buildings might just give you a glimpse into a time long gone. Without further ado, here’s the history of Feltville.

In the early 1730s, a young entrepreneur by the name of Peter Wilcox had been scouting for a place to build a saw mill. While wandering through the wild trails of the young soon-to-be American state, he had found the perfect place for his mill – a small enclave right by Blue Brook near Watchung. He worked tirelessly to fall the trees nearby, and soon successfully built his saw mill using the lumber nearby. From 1735 to 1845, it was known as Peter’s Hill.

After a while, the mill had run its course, and was demolished – even though people still passed through the land from time to time. It was only thanks to the work of David Felt, a Bostonian businessman with his eyes set on New York City, that Feltville became alive once again. He saw the brook, and immediately made the decision to create a paper mill on the site.

By the 1840’s Felt’s business was booming, and he ended up having to erect houses for all the employees of the mill. The small village was renamed Feltville after the Felt, and grew to have a total of 36 houses, a small church, and a general store. For a couple of decades, life was pretty good. In 1850, the census showed a grand total of 176 people living in the village – not too bad considering the global census at the time!

It was during the Civil War that business began to become uneasy at the old paper mill. With the constant fear of battles tearing through the area, the financial strain of a nation being torn apart, and the fact that many men signed up to become soldiers, the mill ended up failing as a business. Though another investor bought the mill, the business it once had could not be salvaged. As soon as the mill closed down, all the employees abandoned the village in hopes of finding greener pastures elsewhere.

A quick stroll through the area will show that Feltville actually was very beautiful back in the day. The area was known for being great for hikes and picnicking, which meant that families in the olden day would often go out for a trip there. A savvy investor by the name of Warren Ackerman noticed this, and bought the entire village of Feltville in 1882. Instead of trying to set up yet another mill on the property, he turned the entire area into a resort getaway.

To make the resort more welcoming and upscale, renovations were done to the workers’ houses. Each house was fixed up, had a porch added, and also had small gardens. The town was renamed Glenside Park, and for a while, it was a success.

It was actually the widespread use of cars, as well as the glamorization of beachside getaways that caused Glenside Park to go into decline. Between the increased amount of traveling done by regular families and the more advanced infrastructure being created throughout Jersey, it comes as little surprise that Glenside Park suffered.

By 1916, most people wanted to check out more ocean-y, and the entire resort was deserted. No one was interested in an upscale cottage in the woods anymore, it seems. Since its last collapse in industry, some houses were sold to individuals. For a short period, one of the homes was used by Edward Grassman as a clubhouse. He actually convinced Rober de la Selva, a renowned Latin artist, to paint murals throughout the first floor of his home. The home is to this day known as “the Mexican cottage” thanks to the murals that can be seen on the inside.

By 1927, most people had left, and the village became locally known as the Deserted Village. The bulk of the homes were sold to the US government, and were incorporated into the Watchung Reservation. From the late 20s to the early 80s, many of the buildings in the area fell into disrepair or were completely demolished. 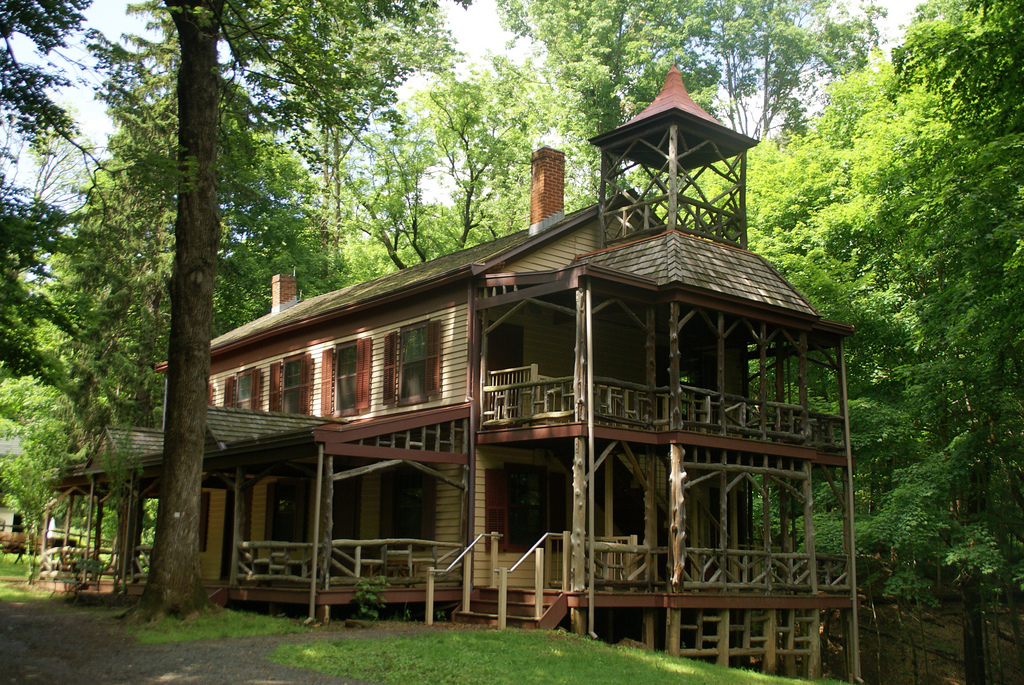 In the late 1980s, the local historical society had made the decision to restore the buildings in the Watchung Reservation area to their former glory. Even though only 10 buildings currently remained, it took quite some time to restore them. The carriage house, for example, underwent repairs in 1966 when it became a de facto lecture hall for an organization, but still needed a full overhaul by the 80s.

By now, the entire Deserted Village doesn’t look so deserted anymore. In fact, the Watchung Reservation staff regularly hold meetups, historical demonstrations and tours throughout the village. So, if you’ve ever wondered what it was like back in the 19th century, you’ll be able to find out just by dropping by. See information about how to take a self guided tour of the Village Feltville.