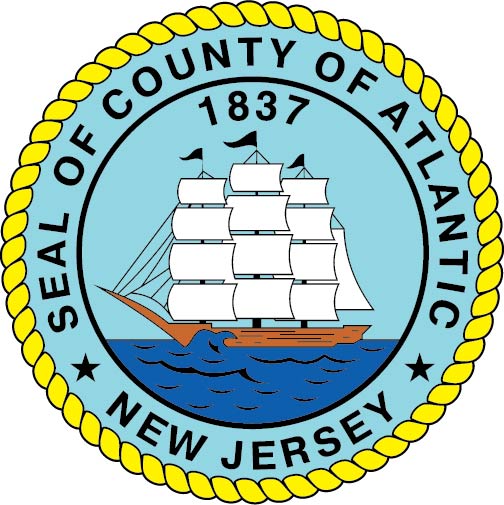 The sandy beaches, beautiful ocean, and lively, fun boardwalks: these are the things that many people use to describe Atlantic County.  Out of the twenty one counties around the state, Atlantic County is probably the most well-known. As the home of the first boardwalk in NJ (Atlantic City’s) and the headquarters for late-night gambling and live entertainment, New Jersey residents and visitors alike know that this is the county to visit for an overnight getaway filled with fun.

One of the first things many people ask newcomers to the state is, “Have you been to Atlantic City yet?”

Although this town does not encompass all of Atlantic County, this question signals that this area holds a prominent place in the minds of natives. In some senses, this county is the “fun side” of New Jersey because visitors have access to almost everything they need to have a good time. Within a short drive’s time, people can go from the beach to a popular winery or spend the day in one spot and gamble for a few hours, only to take in a live performance from their favorite musician by night. It is one of the most diversely populated counties in the entire state, however, Atlantic County wasn’t always as built up as it is today.

The Early Settlement Of New Jersey

When the first European, Giovanni de Verrazano, explored the land that would later become New Jersey in 1554, he discovered that a tribe of Indians, the Delaware Indians, called this property home. Discovering that these natives lived happy and sustained lives, growing produce on the land and catching fresh fish in the Atlantic Ocean, de Verrazano thought this may be the perfect place for settlement.

Due to the discovery of the possible prosperity in the area, small colonies that were used for trade and farming began developing in the early 1660s. People began traveling overseas to take advantage of the land and everything it had to offer, making what is now known as New Jersey, the “talk of the town”.

The Dutch, Swedes, and Finns, wanting to see what all of the hype was about, traveled from Europe to the United States in 1660 and permanently settled on the land. They found that the land was more than they ever could have imagined: rich, luxurious, and perfect for living. One problem that they faced was sharing. As three different nations inhabiting the same land, everyone had different ideas for use and some conflict arose. However, none of these conflicts were major or record-making.

Upon losing the Netherlands, the Dutch forfeited their rights to this new land and Britain gained ownership. When the British took over the colony in 1664, management of the land was altered. Rather than having the land haphazardly split into different, smaller, colonies within the colony, Britain decided that it should be divided into two, the east and the west.

Once the land was divided, two people were granted power over the regions: Sir George Carteret was in charge of the East and Lord John Berkley of the West. After these seemingly permanent holds on the area, the colony was promptly renamed New Jersey and meshed into one big state. The two things that drew many settlers to this new state was the fact that the owners, Carteret and Berkley, sold their land at low prices and gave the people religious and political freedom over their portion of property. As a result, the creation of counties began and each one had its own personality, atmosphere, and benefits for living.

The land now known as Atlantic County, holds its roots with English royalty. As a part of the Eastern region of the state and under the initial control of Lord John Berkley, the land was first sold to Charles II of Britain and given to his brother, James. Duke of York, as a gift. The county occupies a portion of the land between the Hudson and Delaware Rivers, making it, since its founding, one of the shore areas in New Jersey.

The area that would later become Atlantic County was actually once a piece of Gloucester County. Those who initially called this land home were the Lene-Lenape Indians, natives to the US who lived peaceful lives in southern NJ and sustained themselves through cultivation, hunting, and fishing. It was in 1693 that the first non-native settlers arrived in the now-known to be Atlantic County. John Somers, a Quaker Society for Friends member, arrived in this area and developed the first settlement, Somers Point. With the surrounding area of land, at that point in time named Egg Harbor, available for purchase, Somers, in 1695, decided to buy an extra 3,000 acres and begin developing what would later become one of the most popular destinations in the state.

As Somers, and other men over the course of time, became owners of these bordering towns, it became evident that the area as a whole should permanently be made a county. Although this decision took many years to develop, in 1837, Atlantic County was formally named. The towns that fell into this county at the time of its creation were Brigantine, Hammonton, Pleasantville, and Egg Harbor City. The county borders were easily determined seeing as the Mullica River bound the north, Great Egg Harbor Bay and Tuckahoe River bound the south, the west was bordered by Camden and Gloucester counties and on the east by the Atlantic Ocean.

Since its official development in the 1830s, not much has been altered in the outline of Atlantic County. The borders of the area are still the same and all of the original towns still exist. In terms of development, Atlantic County has changed quite a bit. In addition to the original four towns, Buena Boro, Buena Vista Township, Egg Harbor Township, Folsom Boro, Hamilton Township, Mullica Township, Galloway Township, Port Republic, Weymouth Township, Absecon, Estell Manor, Ventnor, Margate, Northfield. Longport, Linwood, Corbin City and, of course, Atlantic City, were added into the Atlantic County mix.

The only things that have changed in Atlantic County New Jersey, aside from carving out new towns and residential developments, has been the traffic to the area. Where the county was not immensely popular in its early days because it did not offer any attractions and people felt as though they could live anywhere, that all changed before the century ended. After Atlantic City opened the first New Jersey boardwalk in 1870, more and more people began making their way to the shore. Quite a few fun family attractions, restaurants, bars, and day trip destinations have made Atlantic County their home. As such, this County has only seen growth and prosperity. Although some areas of the county, such as the Atlantic City casinos, have faced/are currently facing troubling financial downturns and closures, Atlantic County continues to grow and will forever be a staple destination for those in New Jersey.

Take a look at many rainy day and indoor activities in Atlantic County!