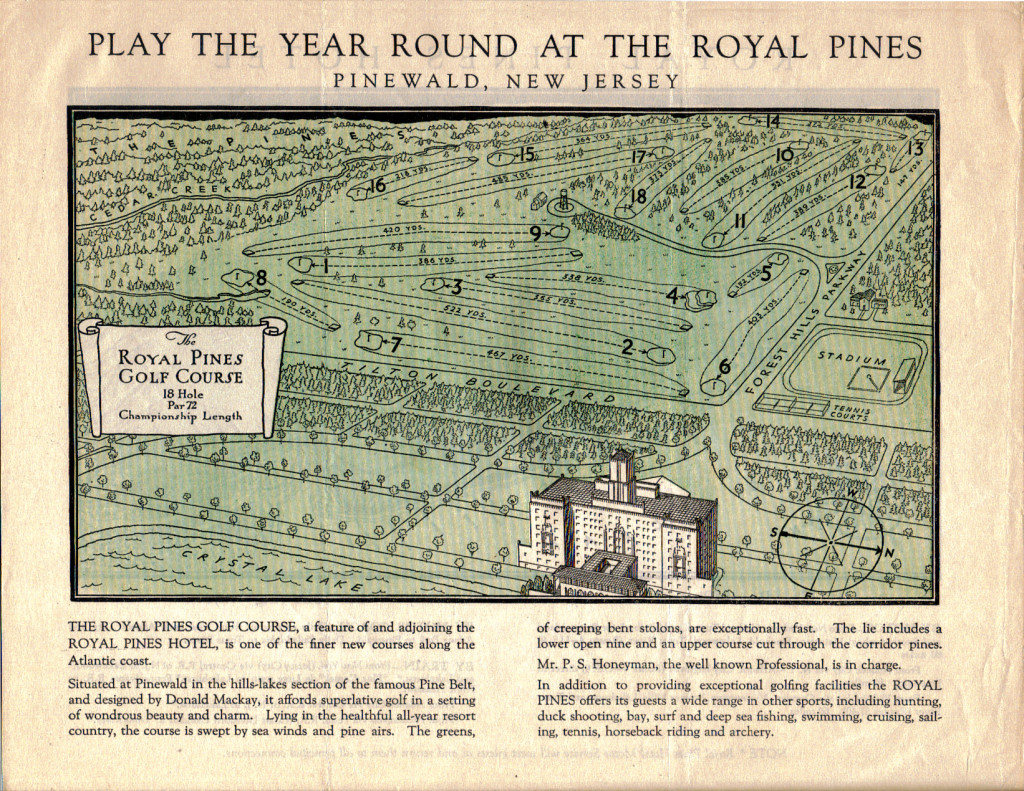 Al Capone is a historical figure that, on the surface, has as much to do with New Jersey as a chair has to do with an apple. The famous Brooklyn-born gangster was known for his iron-gripped control over Prohibition-era liquor sales in Chi-town, the fact that the IRS was created to take him down, and the fact that he spent the last years of his life in Cell Block 6 of Eastern State Penitentiary. What many don’t realize is that there was a time in his life where he visited New Jersey…and apparently, he really liked it here.

When Al Capone wasn’t evading taxes or providing alcohol to those who wanted it, he was just like any other ordinary guy. He enjoyed relaxing and spending time with his family, and thanks to the ill-gotten gains from the liquor business, Al Capone had plenty of money to ensure that he could do it in style.

Back in the 1920’s, Capone supposedly decided to take a brief vacation from New York and Chicago – and he decided to choose New Jersey to be his home away from home. Keeping in line with being the troublesome guy he was, Capone chose his vacation destination to be in Bayville, in a 10-story hotel that was located near Double Trouble Road. (No, really, that was the actual name of the road.) 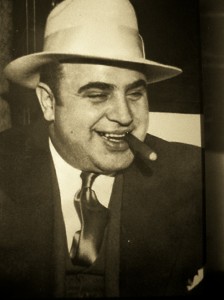 This hotel was the Royal Pines Hotel, and while it’s debatable whether he was really on vacation or just overseeing shipments of liquor into New Jersey, there’s enough of a story to the place to make it part of New Jersey’s more offbeat history.

Though it’s hard to imagine it now, the Pine Barrens were considered to be a major tourist spot about a hundred years ago. Ample camping grounds, a somewhat close proximity to beaches and lakes, and interesting historical towns often drew people who wanted to get away from the hustle and bustle of city living.

The Royal Pines Hotel was, at the time, known for two primary reasons. First, it was known for being a massive hotel adorned in state-of-the-art Art Deco designs. Second, hotels were actually quite rare in New Jersey at the time, making it one of only a handful of hotels that people could use.

At its heyday in the 1920’s, the Royal Pines Hotel boasted one of the most luxurious hotels and resorts in the entire state. Brochures were distributed that highlighted regular fine dining and dancing activities, as well as a perfectly polished grand piano that was played regularly by highly trained musicians. Among other amenities, the Royal Pines boasted a solarium, a tiled outdoor patio, as well as an “Indian Room” which was designed to bring an exotic flare to the already impressively large hotel. Just outside the building was the Crystal Lake, which regularly held boating excursions and swimming meetups.

The Royal Pines was a $1.175 million Shangri-La, built by businessmen that let others know no expense was avoided in its construction, and that luxury was the standard guests should expect while there. However, the jury is still out on how far they would take the luxury lifestyle, and how far the hoteliers would go in order to ensure it remained the party spot of the decade.

Perhaps because of the kind of excess that the hotel’s design personified, the Royal Pines became known for a variety of rumors and legends involving the mysterious hotel owners, the guests, and even Capone himself.

The Underground Tunnels And Other Rumors

As one would expect with a booming hotel business in the middle of nowhere, rumors circulated of scandalous and illegal activity that occurred within the building. One of the most pervasive rumors was the existence of secret underground tunnels, as well as the rumor that Al Capone helped keep this hotel fully stocked with liquor in exchange for his room. Rumors also suggest that the real owner of the hotel was Capone himself.

According to some locals, it was common knowledge that the rich and famous of New Jersey would go to the Royal Pines so that they could indulge in drinking without the worry of police catching them in the act. Some even say that guards who were in the hotel’s more exclusive areas carried guns on them in case of a raid or a too-rowdy gathering. Considering the unusual location of the Royal Pines, it’s easy to see why so many people would go there to do activities that most other areas couldn’t turn a blind eye to. 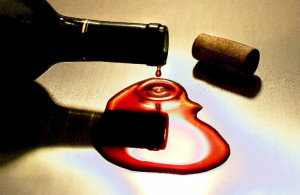 Part of the mythos behind the Royal Pines is the fact that the man-made lake on premises often drew scrutiny from visitors and locals. Rumor has it that there is a hatch in the middle of the lake that connects to the underground bootlegger tunnels, and that Capone was made aware of it in case he needed to escape.

While there are plenty of stories involving the hotel’s supposedly secret wine cellar, as well as the network of underground tunnels used by bootleggers to transport liquor, the fact is that there isn’t too much of a historical record to back things up. The blueprints don’t show any tunnels underneath the hotel, which automatically makes things difficult to confirm as fact.

Most people who have been in the building have seen its exquisite architecture, but few have actually been in the legendary tunnels. Some explorers do claim that they had found the tunnels Capone supposedly used to run liquor through, though, so it’s always possible that they are real.

Another group of rumors actually consisted of things that the patrons did, themselves. The Royal Pines was thought of as a place where both drinking and philandering was the norm. Scandalous stories involving high-profile guests and possible mistresses leaked out on occasion. Though no deaths have been recorded as happening during the Royal Pines hotel years, we can likely rest assured that heartbreak happened at least once in a while.

At least one witness has claimed to have found bullet holes covered up by wallpaper when the hotel was being converted into a hospital. Perhaps no one was recorded as being killed at the hotel because it was covered up?

The Creepiness Of Post-Prohibition Pines

After the 1930’s, tourism to the Royal Pines Hotel began to fade out of existence. Partly due to the re-legalization of alcohol, and partly due to the Great Depression, the once-legendary tourism destination shuttered its doors. It was later turned into a hospital by the name of Pinehill in the 1940’s. It was then turned into an elderly care home called the Bayview Convalescent Home, which still exists today.

An interesting historical fact we found about the Royal Pines history as a hospital involved the Hindenburg Crash. Apparently, a number of victims actually were sent to Royal Pines for medical care.

During its tour as a hospital, many people died on the premises, and even more were committed to the mental health facilities inside. According to some who had worked in the hospital/nursing home, there was a particular pattern when it came to how patients were housed. Healthier, saner patients stayed on the lower floors. On the lower floors, things were relatively normal.

At the highest level of the hospital and nursing home were the patients knocking on death’s door, as well as the patients who were too dangerous to mingle with others. Some claim that these residents were wards of the state, but it was never confirmed.

Is This Part Of Ghostly New Jersey?

The Royal Pines Hotel is one of those are places that just seem to be made for a good ghost story. The rumors surrounding the hospital suggest scandal, crime, and death, while its hauntingly beautiful ornate halls create a naturally unsettling atmosphere that would be perfect for paranormal activity. Perhaps it’s why so many stories about hauntings surround the former hotel-turned-hospital. Some of its ghostly denizens include…

• A young girl in a white dress by the name of Gracie has been seen by many visitors and former residents. She’s often spotted playing with a phantom ball in the gardens.
• A phantasmal bell boy who greets visitors, then disappears is also a local legend. He still wears bell hop attire from the 1920’s, making him an obviously out-of-place sight. No one knows who he was when he was alive, or why he haunts the area.
• A man in a striped shirt is often seen around the back of the building. He’s supposedly a mentally ill man who jumped to his death from the 7th story window back in the 1950’s.
• EMTs and doctors who work in the care facility often talk about the screams they still hear from the upper levels, as well as strange noises that come from the basement. Interestingly enough, many of the areas that the voices seem to emanate from have been abandoned and locked up.
• There have also been reports of poltergeist activity on the upper floors. Witnesses say they see lights flickering, objects moving by themselves, and tapping echoing through the walls. According to some locals, the reason that some of the rooms are no longer used is because of the high level of ghostly interaction people have experienced in them.
• If there’s any ghost that current residents of the nursing home fear, it’s the former nurse who wanders the hallway and offers flowers to patients. The reason for the fear is simple: she only offers flowers to residents who are about to die.

Though it’s not quite the luxury hotel that it once was, the Royal Pines building is still a hard-to-miss landmark in the Pine Barrens. With the scant history that can be found about the building, it’s very difficult to discern what is historical fact, and what is legend. Perhaps that’s why it’s one of the more mysterious landmarks in the already-spooktacular Pine Barrens.