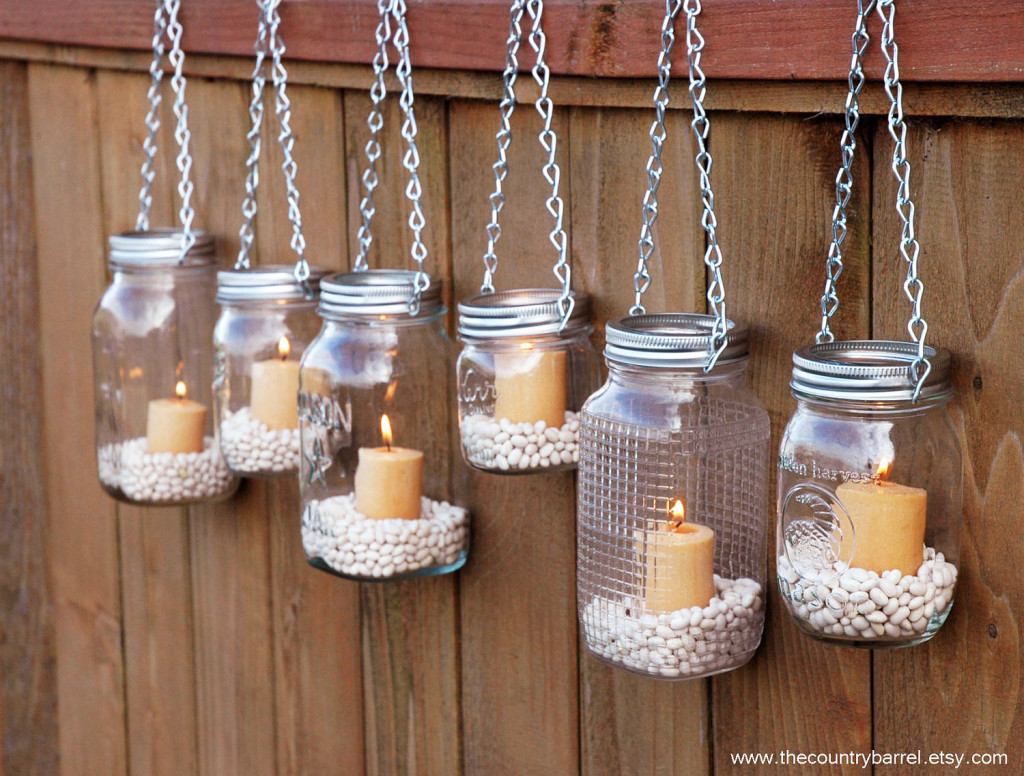 If you look in almost any super hip and trendy bar or restaurant, you probably will see food or drinks being served in a Mason jar. Mason jars, which were originally used as canning jars, have become a trendy serving staple throughout the country in recent years. As luck would have it, this is just a sign that the world has become a little bit more enamored with Jersey culture and products. After all, Mason jars were invented by a New Jersey resident. Some even suggest that Mason Jars were invented in New Jersey – however, that’s not quite certain.

Canning, which was first invented by the French in the late 18th century, was a very tricky and difficult process prior to the invention of specialized Mason jars. It often included cork-and-wax sets which leaked, and it often meant that food would go unlabeled. Since the earliest canning jars that were made were opaque, you often could not tell what food was in the jar until you opened it up for a pleasant (or unpleasant) surprise. As a result of the difficult process, canning was often a major gamble that occasionally resulted in improperly canned goods, which in turn caused food poisoning.

It was only in 1858, when a Jersey-born farmer by the name of John Landis Mason invented and patented the Mason Jar while living right outside of Philadelphia, that regular heat canning became doable for most households. Mason’s jar was unique in its screw cap lid and the fact that it was primarily made out of glass. The lid allowed foods to create a vacuum once they cooled down, while the glass actually allowed people to see what the jar contained, and whether or not it was properly canned.

Do The Evolution: How Mason Jars Evolved

By the turn of the century, there were a number of different companies that produced Mason jars – or at least products similar to them. This allowed homes throughout the world to can goods in a safer manner, and also expanded into the world of commercial food production. At home, families were able to preserve all their crops, which made winter survival much, much easier in rural parts of America.

In WWII, Mason jars became a major household staple due to the growth of victory gardens and the problem of food rationing in the States. Over 3 million canning jars were bought in the 1940’s, alone! Post-WWII America quickly began to drop the booming trend of canning and preserving goods, since people often left the rural parts of the country in favor of suburban areas. When paired with the invention and growing popularity of refrigeration, the once-normal act of families preserving food for the winter turned into a fringe practice.

While families may have slowly stopped preserving goods, the fact is that Mason jars continued to be used heavily in major commercial food preservation. Mass production of foods also was influenced by Mason jars. Since the canning and jarring processes were made more efficient than ever before, major companies were able to produce food faster than ever before, and also were able to increase shelf life. This in turn allowed food companies to offer preservatives and goodies at a lower price while also maintaining a higher level of food safety. Even today, major companies use jars that resemble Mason jars as vessels for mass produced jams, jellies, and preserves.

Even though Mason jars had become a major part of rural American culture, they no longer are produced by the original company that made them. This in turn also made another industry blossom – original Mason jars are collectible and highly sought after by antique buffs. Some of those jars are quite pricey. Cobalt blue Mason jars, for example, can cost up to $15,000 a pop on the antique market. Interestingly enough, Longstreet Farm in Holmdel most likely has a couple of old world Mason Jars.

Mason jars recently made a resurgence in pop culture with the growth of Millennial art movements as well as indie foodie trends. In the early aughts, many people were beginning to notice cool and interesting crafts and activities that use mason jars. Things such as converting them into cheap, affordable impromptu vases, turning them into “glow jars,” as well as pencil holders, became the norm. Jars are useful – even if they aren’t used to keep beans or apples fresh.

Interior designers and restauranteurs in particular were key to the rebirth of the Mason jar’s popularity. Designers who were looking for an inexpensive, quirky, and slightly rustic touch to restaurants, bars, and even home entertaining décor found Mason jars to be the perfect solution to their needs. Portland bars, as well as Williamsburg bars, in particular, embraced the aesthetic. It didn’t take too long for major chain restaurants to pick up on the trend as well – Joe’s Crab Shack and Buffalo Wild Wings both have featured Mason jar drinks on their menus.

New Jersey seems to have paid homage to the New Jerseyan who invented the jar. In Mahwah, you can visit a restaurant by the name of The Mason Jar. The restaurant, which specializes in barbeque, pizza, burgers and drinks, has gained a pretty solid following in the area. Incidentally, they DO use Mason jars in their restaurant. Considering that the Mason Jar was opened in 1977, it might be one of the first trendy restaurants to actually feature Mason jars as beverage containers.

It’s kind of shocking to think that these trends all would never have happened if it wasn’t for a Jersey-born local. Then again, it’s to be expected. Only a New Jersey born man could keep things tasteful and trendy over 150 years after he was born!